Background and issues to be addressed
With the Arab spring, major political changes are happening. Millions have moved to the streets to demand change to the status quo. Regime change is underway in Tunisia, Egypt and Libya. Several other countries are engulfed in mass protests. People have called for freedom, democracy and equitable development based on justice and rights including better health and social services. Research for Health (R4H) has the obligation to respond to these demands. 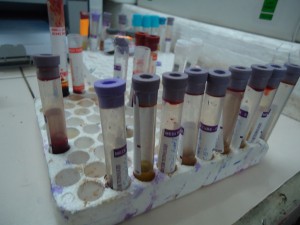 R4H is essential to developing solutions that contribute to health improvements and to policy changes promoting equity. Investments in research, including R4H, contribute to health and economic growth. Well-structured, coordinated and sustainable national research systems are needed to foster development of relevant R4H. Before the recent political changes, most countries in the Arab region did not prioritize research, science and innovation as key to their development.

In the Arab world, weaknesses of R4H are seen in three areas:

Despite small progress in advancing research and development, the Arab region still lags far behind other regions in investments in science, technology and innovation.