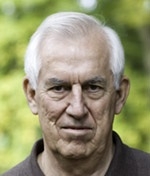 I am a Professor Emeritus at McMaster University in Hamilton, Canada, and currently serve as the National Coordinator of the Canadian Coalition for Global Health Research (CCGHR). I have known COHRED since it began 20 years ago, and had the opportunity to chair the team that conducted the first external review of COHRED in 1996. I was asked to serve as Senior Technical Advisor to the COHRED Board – a position that I held from 1998 to 2001. During this time, I was mainly involved in facilitating the implementation of Essential National Health Research (ENHR) in various countries, particularly in Africa. I also was very involved in planning the International Conference on Health Research for Development, which took place in Bangkok in October, 2000. I was a co-editor of the book sponsored by COHRED entitled Forging Links for Health Research, published by the IDRC.

My links with COHRED have continued over the years. Currently, Dr. Francisco Becerra (Head of Projects at COHRED) is a member of the CCGHR Board of Directors. He took up this position recently, after we worked together in Central America, at a meeting in Honduras in July 2012. With Dr. Becerra, we are actively exploring collaborative opportunities between CCGHR and COHRED.

I was involved during the founding era of COHRED. There were some preliminary consultations about the Commission on Health Research for Development, chaired by Dr John Evans, and I hosted one of these at my university in 1989. At the time, I was also working with an international network on community-oriented education and several of our networks met in Mexico and developed a joint statement of support for the recommendations of the Commission. One of those networks was a group at the WHO on health systems research, led by Yvo Nuyens, who became the first coordinator at COHRED.

I was then invited by the then President of the Board of COHRED, Prof Suwanwela, to conduct an external review of COHRED. I chaired a team of four that was responsible for the report, The Next Step: an Interim Assessment of EHNR and COHRED. Its aim was essentially to assess whether and how COHRED’s objectives and work aligned with the Commission’s mission. The report’s conclusions were really quite positive and useful. It was clear that developing competencies for ENHR was a distinctive role for COHRED to play and it was recommended that COHRED work with developing countries to develop their own health research systems. However, after the Bangkok meeting, it was unclear whether COHRED’s role in ENHR would continue, particularly as Prof Nuyen’s term as COHRED coordinator came to an end. The change of leadership led to a loss of direction, until Prof Carel IJsselmuiden was appointed as Director. In my discussions with Carel about COHRED’s mission, I advocated strongly for returning to the idea of ENHR and building National Health Research Systems. This took a while but the COHRED Board and family did come to clarify the importance of its role in ENHR and to develop tools for building national health research systems.

Following the presentation of the report to the COHRED Board, I was asked by Prof Suwanwela and Prof Nuyens if I would consider taking early retirement to join COHRED as senior technical advisor. During my time with COHRED, most of my work was around the implementation of ENHR in Africa. Three countries in particular stand out. The first one is Ghana. By that time, Ghana was already quite a strong example of research to inform health system change and I think that the ENHR idea and the work we did has reinforced some of that. The second country is Uganda. There the work led directly to the creation of an organisation called the Ugandan National Health Research Organisation. Dr Richard Wilson from Canada did some of the work in between the Commission report and the creation of COHRED. He had Professor Owor from Uganda join him in Geneva for about a year or so, and Prof Owor became a leader for ENHR in Uganda. I have worked with Prof Owor for many years, and now he is very active in this organization. The third country is Zambia, which I visited sometime in 1999-2000. They were quite interested in having their own national health research organization and I assisted them with some recommendations for establishing this. A number of years later, Zambia invited me back to the country in my capacity at CCGHR to help create their National Health Research Organization. This story was related in the following article: http://www.health-policy-systems.com/content/10/1/17 [i]. Zambia is an interesting example of how sometimes these things take time to go through the gestation period and become a reality. These are the highlights of my days as technical adviser at COHRED.

After that, COHRED asked me to edit a book, called Forging Links for Health Research, in preparation for the International Conference on Health Research for Development which was held in Bangkok in 2000. It became clear at this meeting that Canada was not sufficiently involved in the global health research movement. Over the next ten years, a group of us advocated for greater contributions from Canada in this regard, which led to some important developments in the country around global health research – not least of which was the establishment of the Coalition for which I now work. Other countries, like the Netherlands and Norway, were inspired by our example and asked us to assist them with creating their own, similar organizations. The following editorial that I wrote at the time shows how the Bangkok meeting represented a start for high income country like Canada to rethinking its role in this regard: http://www.cmaj.ca/content/164/8/1158.full [ii]. It is clear to me, from such developments, that the Bangkok conference had some interesting influences historically in that regards, certainly in Canada and in other high-income countries as well.

Similar sorts of shifts have started happening more recently with the Forum 2012 organized by COHRED in Cape Town last year. I was at Forum 2012 and found it to be a good example of COHRED trying to stimulate new thinking. It was a striking change from the previous Global Forums. Some of the preparation papers stimulated everybody to think about the future of global health research in new ways and, above all, there was a much stronger southern voice –particularly from Africa. My main impression was of that there was a clear message that there is new leadership in the global health research community, and this leadership is increasingly from the south. Those of us in the north need to understand that, realize that, and see our role much more as partners and co-learners of things that we can use in our own countries. These are all very important changes that COHRED has been both assuming and facilitating.

COHRED’s impact over the years

COHRED itself has been internally representing these world changes more recently, being a so-called “southern alliance with key northern partners”. I think this is an important model, and the Director’s idea of having COHRED colleagues situated in various countries, in Africa among others, is a very important evolution towards this broader and more equitable global health research system.

Another example of COHRED’s impact, in my opinion, would simply be the fact that this is an additional voice about health research for development and it is probably the main voice that has kept the momentum of the 1990 Commission report going. For a while, both COHRED and the Global Forum for Health Research were the two voices, but of course they have now merged. The particular idea to have a group like COHRED for whom the ideas of the Commission are a central mission, to my mind, has had an important ongoing influence. The underlying idea is that the world health research system is unequal and inequitable: there is a big gap between where the investment is and where the problems are. The “10/90 gap” term captures it, and that continues to be a big problem globally. We have made some progress, but not nearly enough and that gap needs to continue being addressed in every way that we can think about it. So to have a group like COHRED for whom equity is a core value and which then tries to express it and address it in various ways… this is a very important ongoing contribution!